Margaret Garrett is an American artist and dancer whose richly colored abstract
paintings capture the elusive qualities of rhythm and movement. Born in North
Carolina and raised in Pennsylvania, she grew up training to be a dancer, and at the
age of sixteen left home to join the Pennsylvania Ballet and later danced with the
Cleveland Ballet as a soloist. In her early twenties, she discovered painting, finding
something spiritually akin to dance in the movement of line and color.
Garrett’s approach to painting is strongly influenced by her early training in dance.
“When I begin working on a new piece, I see the paper or canvas as an empty stage and the
line as movement. Texture, form, the way that colors interact, all are different manifestations of motion, rhythm, and energy.”
Garrett often works in ongoing series, developing a language and following it as it
morphs and evolves. Her Tuning Fields series, now numbering over 300, uses line-driven layers of color to create loose yet formal fields of motion that are abstract and at the same time evocative of shapes and patterns found in nature. In the Choros series of paintings, collages, and woodblock prints, the central preoccupation is with an interplay of shapes that have a solid, even muscular form, to convey a sense of motion and choreography.
In a recent quest to find shapes for her pieces, she started dancing again, filming herself dancing and using film clips and screen shots from the videos for her work.

This process led to the discovery of a different way of drawing and playing with form in a new series of video and mixed media work. To the artist, these selfportraits are like moving paintings with choreographed patterns that explore drawing in space.
Margaret Garrett’s work has been exhibited in solo and group shows in galleries and museums across the United States. In 2018, she was awarded a fellowship at the Virginia Center for the Creative Arts. Her work is held in numerous private and corporate collections in the United States and Europe. Museum collections include the Parrish Art Museum and Guild Hall Museum. She currently lives and maintains a studio on Shelter Island, NY. 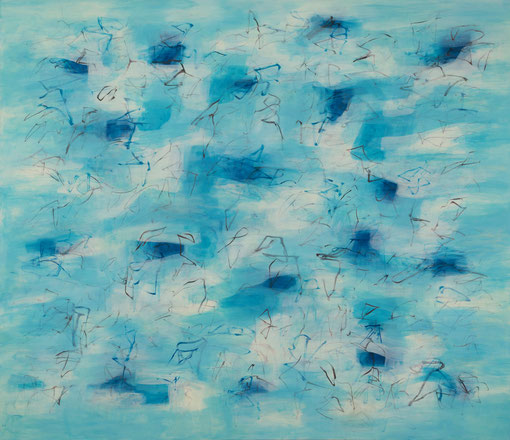 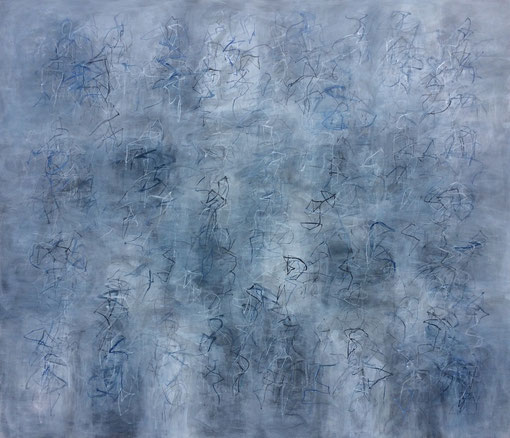 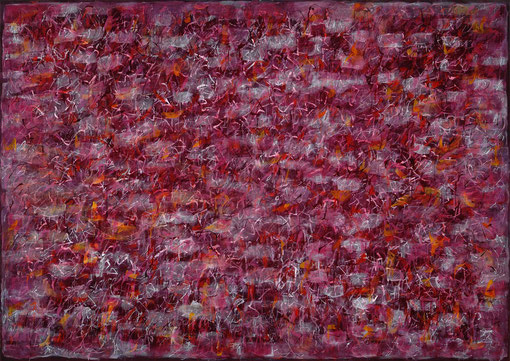 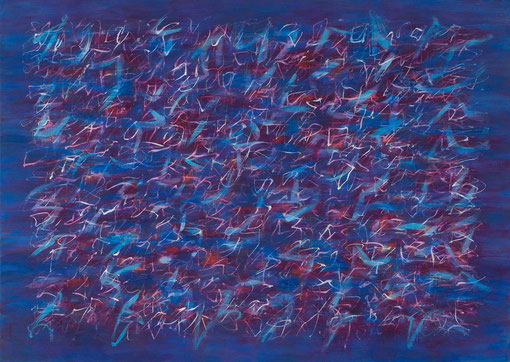 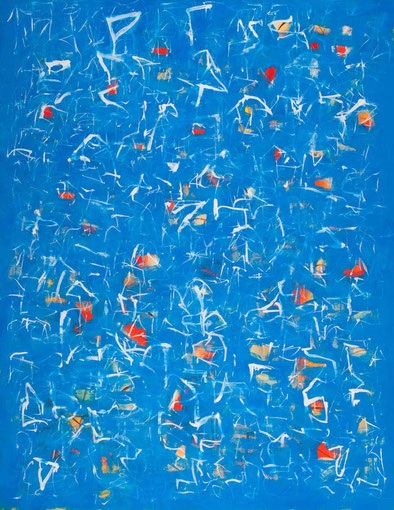 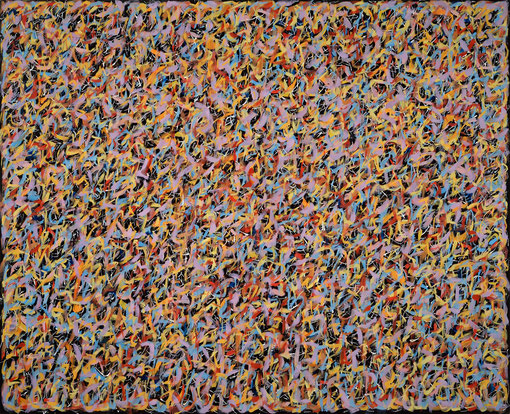 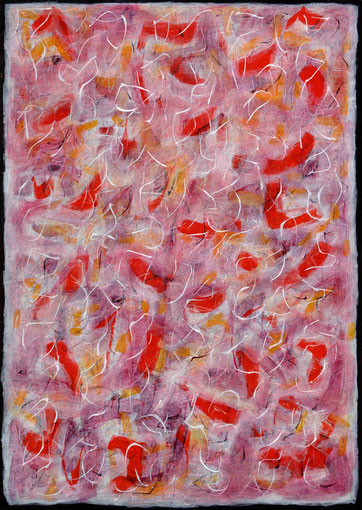 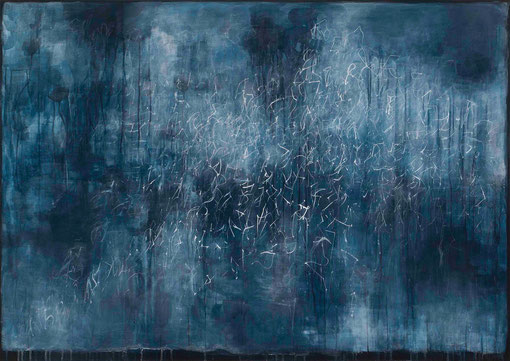 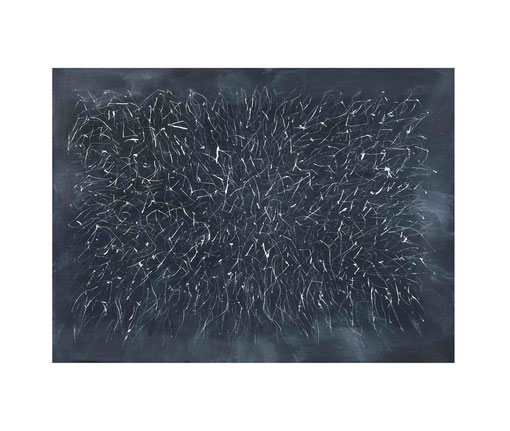 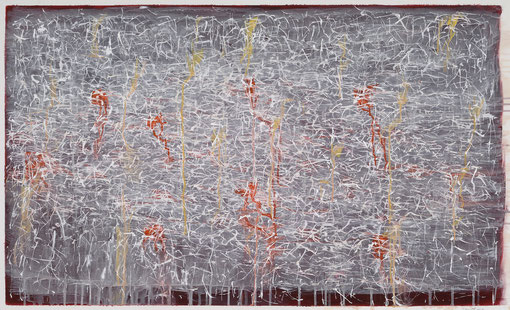 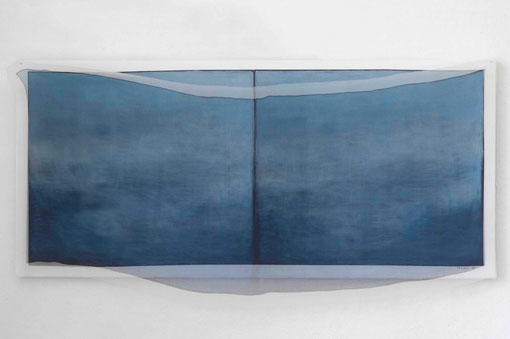 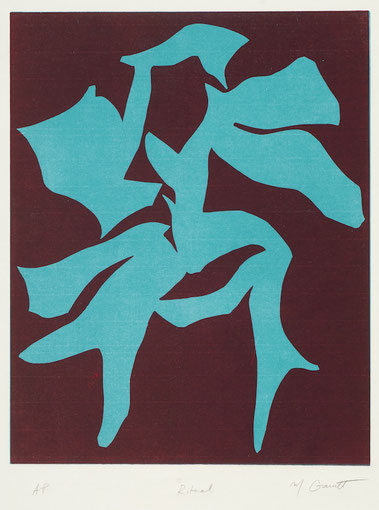 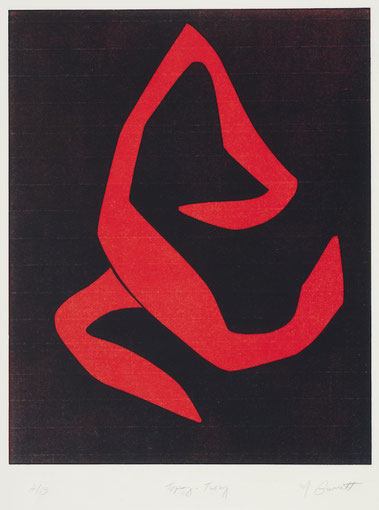 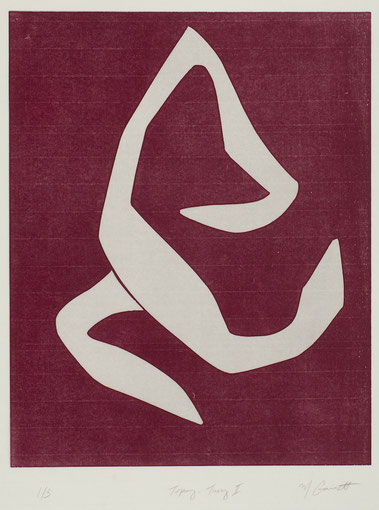 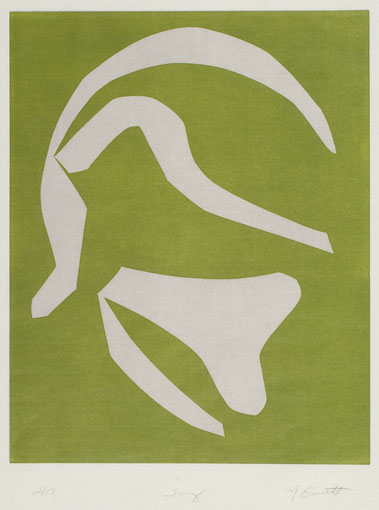