With Irony and Critical Reflection

Urban Grünfelder’s pictorial language is based on an alphabet of “monochrome human figures”, which, in all their variedness, embody human existence. Personally, he speaks about a register of bodily and emotional motions, grounded on intense studies of movement and body. Oftentimes, his figures depict people during free fall, in a moment of total exposure and sheer battle for survival.

Grünfelder’s bold figures seem to constitute a reduction to what is humanly possible: monochrome and graphic, symmetrical and perfect. They are icons which are applied in different fashion. When isolated, the figures represent the individual; in groups of three they symbolize society.

Grünfelder has altered his pictorial language over the course of the last three years. He maintained his eye-catching figures and monochrome backdrops – the spaces of destiny. In addition, virtuously painted naturalistic scenes now engage in a dialogue with his bold figures.

A black dog expectantly is sitting on the lawn, untouched by explosion and the melting mountain. The scene, which is crafted in radiant colors, strikingly stands off its monochrome backdrop and axially relates to one icon: a human being in free fall, legs bent, arms extended and hands spread.

Two bees dominate the left half of the painting, on the right-hand side – hardly perceptible – a person steps out of the dark to enter the stage. He does not react to the toiling bees which unify in-flight.

Both paintings prototypically represent the artist’s new series of work. The eye-catching figures have adopted a different standing – they now serve as reminiscence of humanity. Grünfelder places naturalistically painted scenes in front of monochrome backdrops, combining them with his signets. The contrast is extreme and bipolar. The artist is aware that he confuses the observer. Having constructed bold figures as expression of reduction, similar to the consolidation of interior life, Grünfelder’s interest has now shifted to the surroundings.

Already with his work on sculptures, the artist has preempted the stark contrasts. The perfection of his sculptures is broken through the banal use of everyday objects. His ceramic figures are always naked and male only, convincing especially through their smooth surfaces. As with his paintings, Grünfelder’s work is about the Symbolic and the concentration on human existence. Similar to the figures of saints, there are certain attributes (a business suit, a bag with bread rolls, a measuring tape) which characterize his figures and provide them with their names and content.

In most cases, his sculptures are marked by their struggle in the complex world.

An armless, silver gleaming man balances some over-sized crutches in his mouth.

A man struggles to keep his balance as he is positioned in an exhausting squat, biting into his oversized pinstripe suit. Having lost everything, it is his “business camouflage” which remains as his sustenance.

Armed with irony, Grünfelder reveals how much a person is able to incorporate in this world. 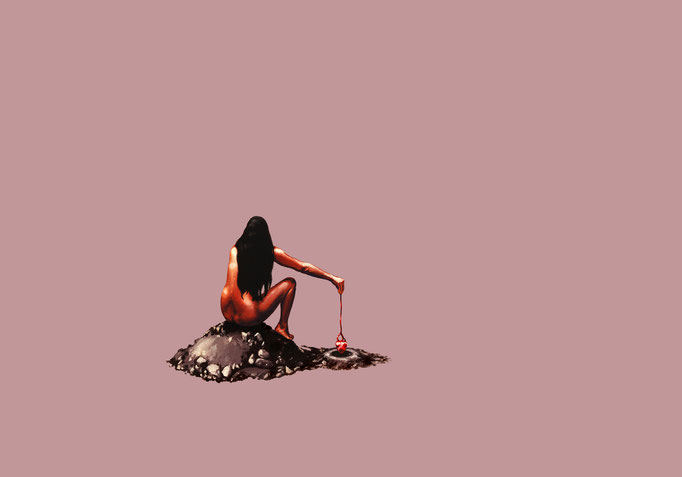 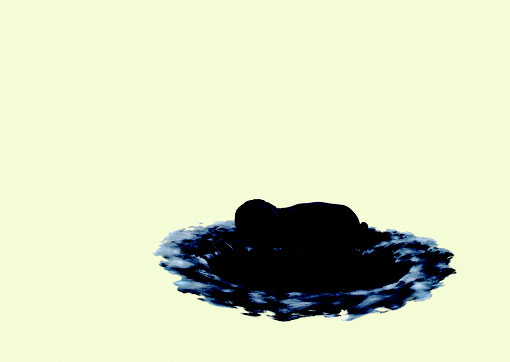 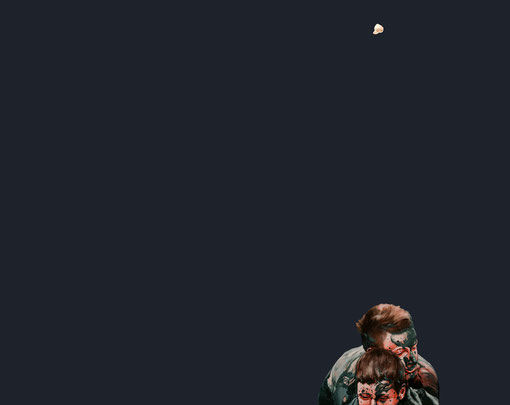 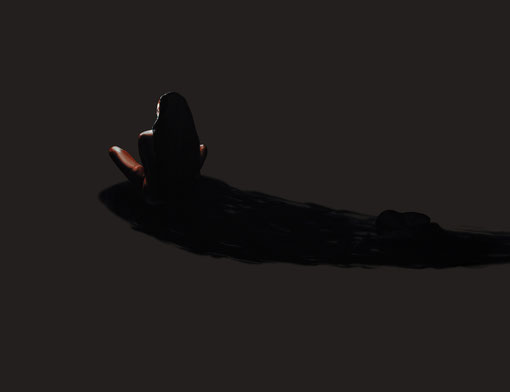 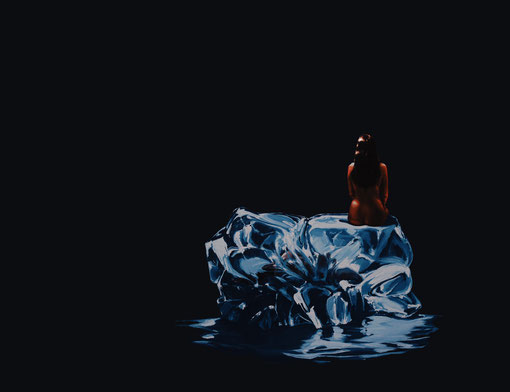 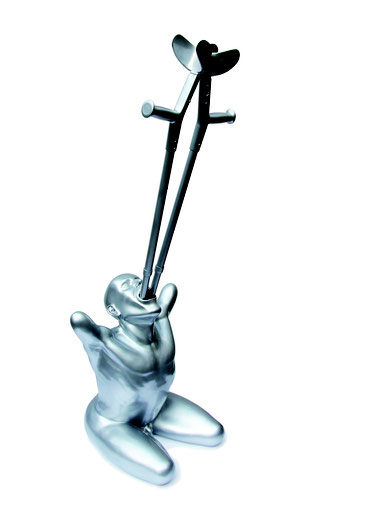 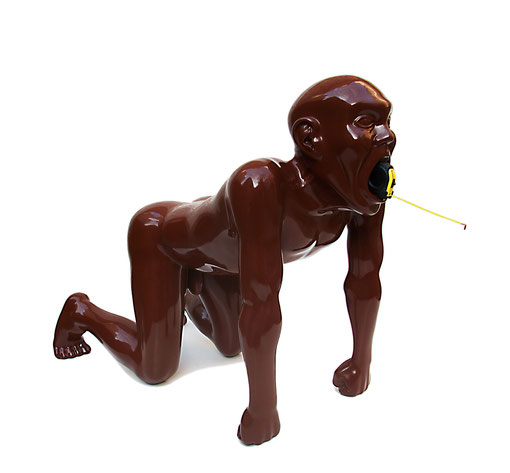 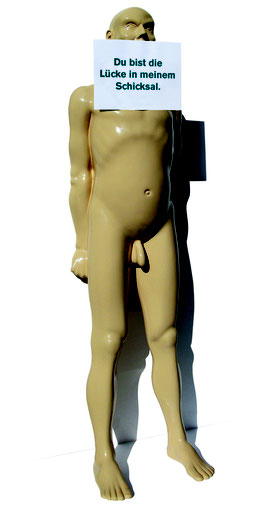 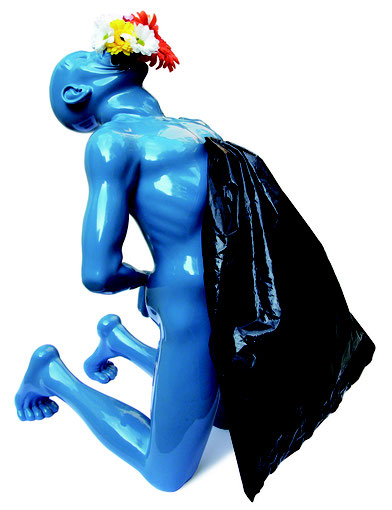 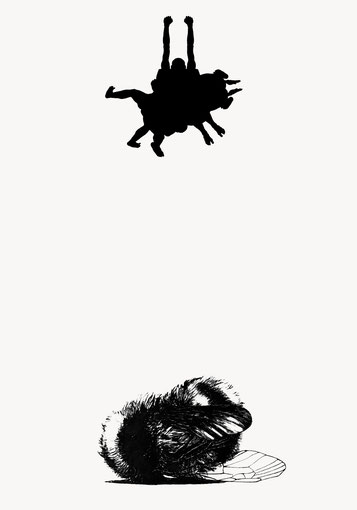