The Danish artist Jeppe Hein has worked his way up to the Olympus of the most important contemporary artists within a very short time. Born in 1974, he studied at the Royal Danish Academy of Arts in Copenhagen and later at the renowned Städel, the Hochschule für Bildende Künste in Frankfurt am Main.

But how did he manage to attract the attention of the international art scene in the early 2000s? He began to play with materials and challenged his audience to join in this artful game. And how they entered his playgorunds!

His naïve approach to his works of art, inviting the viewer to enter into a dialogue, initially earned him a unique selling point and soon made him a pioneer of sculptural installations at the interface between art and design. Reflecting surfaces can be found in numerous works by Jeppe Hein. Polished metal surfaces, mirrors or reflecting water surfaces, in which the viewer sees himself in another place, in another world.

Then Jeppe Hein had to deal with burnout syndrome which had consequences for his artistic work. The naivety that had previously been so celebrated was transformed into a turn towards profundity, philosophy and spirituality. Watercolour works by playing singing bowls and whole cycles of "breathing pictures" were created.

"My work explores the situation between the viewer, the artwork and the environment, challenging the role of art in different environments and social contexts - in the museum as well as the public space. Interaction is a distinctive element of my artwork, thus the viewer plays a vital role.

Lives and works in Copenhagen / Berlin

All offered pictures are in private ownership.

Traces of fire on card 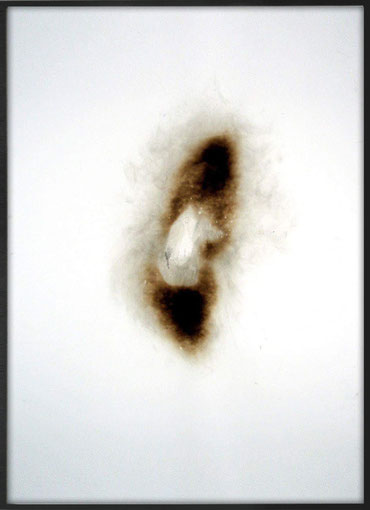 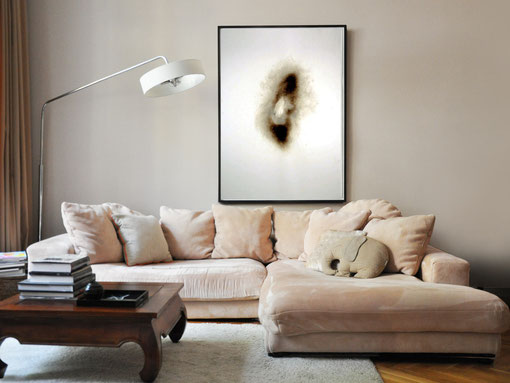 Traces of fire on card 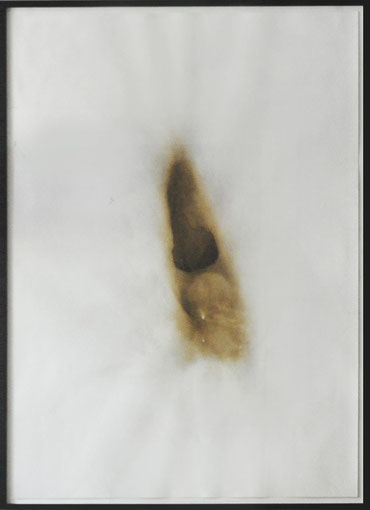 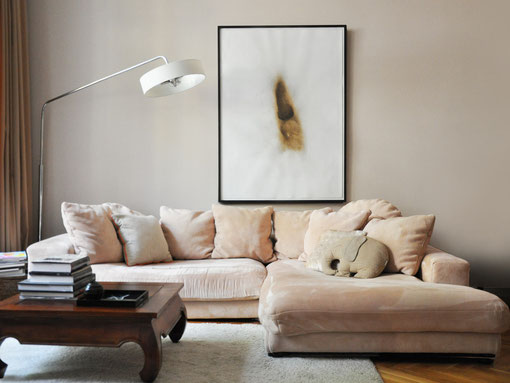