Berlin-based painter Elvira Bach studied from 1972 to 1978 at the Hochschule der Künste in Berlin under Hann Trier. As the only woman in the neo-expressive movement "Junge Wilden" and following her participation Documenta 7 in Kassel in 1972, she quickly gained nationwide and international recognition. The mother of two children became one of the most famous painters in Germany. Her powerful, colorful female portraits are hanging in museums around the world and are collected internationally.

Elvira Bach's portraits show the feminine in all its human facets, its strength and power, vulnerability and fragility, but above all independence and self-determination. She has put the woman in the spotlight, has given her broad shoulders and big hands, adorned her and painted her sensual and strong. Her pictures are towers of female power.

For over 45 years, her portraits of women have been fascinating the public, showing the irrepressible female life force in all  its glory, exuberant colors and hypnotic directness while reflecting all aspects of being human.

Elvira Bach is not only a chronicler of her own life - from the hustle and bustle of the 1970s art gatherings, the influences during her stays in Senegal, inspired by her African husband - to the mother-child portraits, her kitchen paintings to the calmer images of the present, but she has also remained a discoverer of the ambivalence of womanhood: self-esteem and gender drama, joy and sorrow, strength and irony. 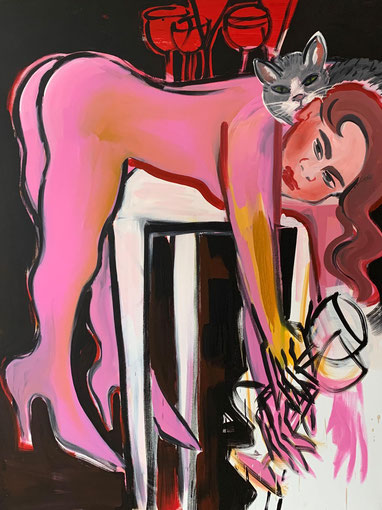 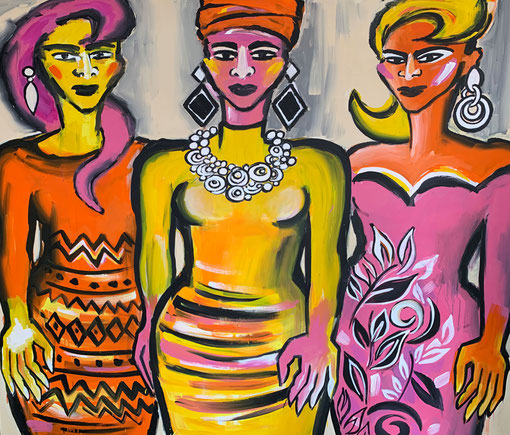 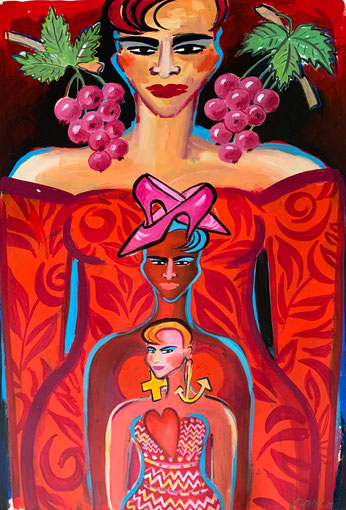 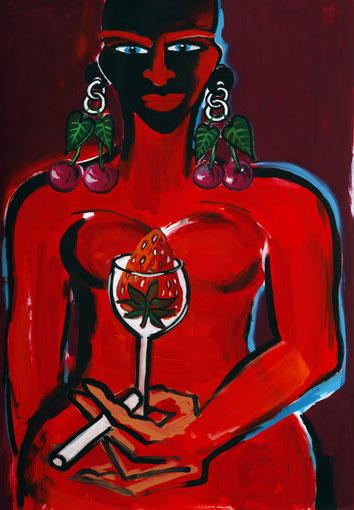 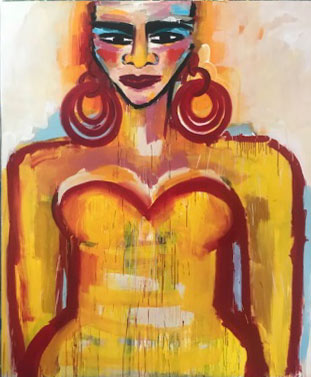 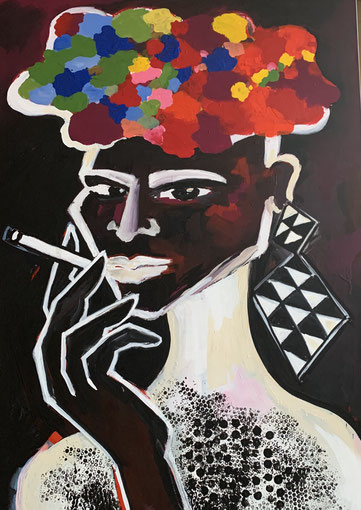 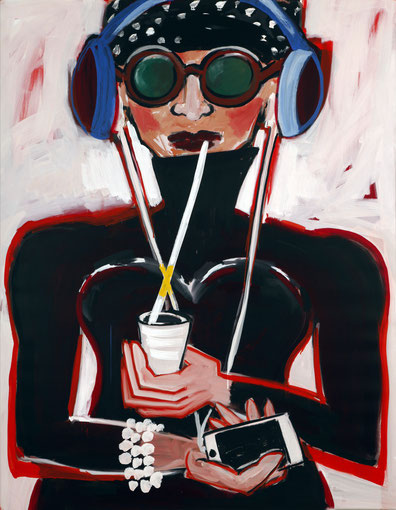 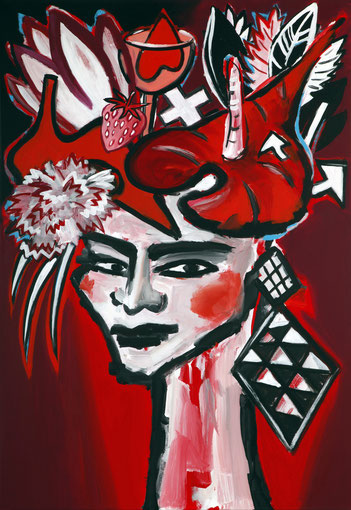 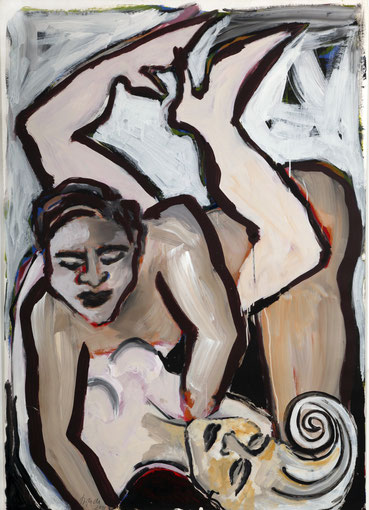 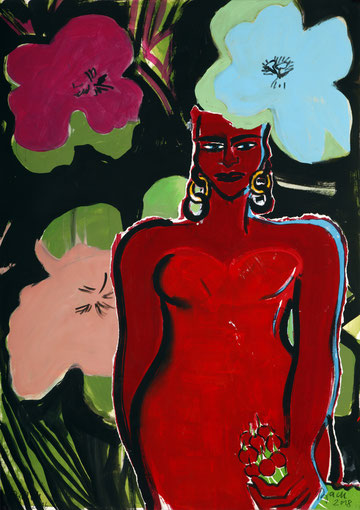 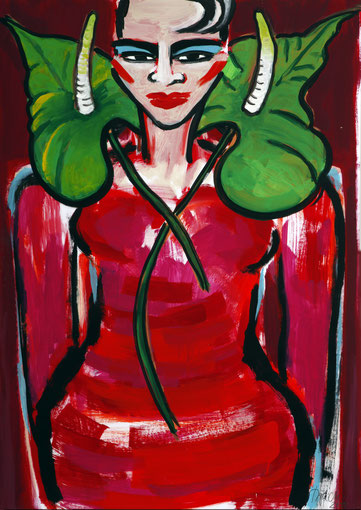 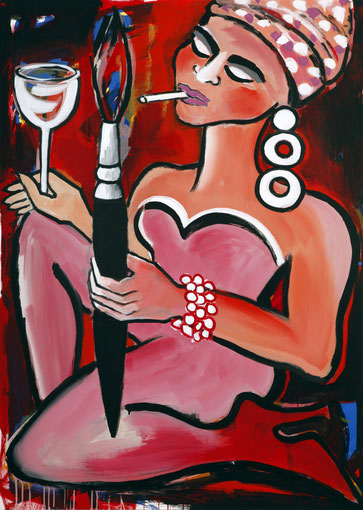 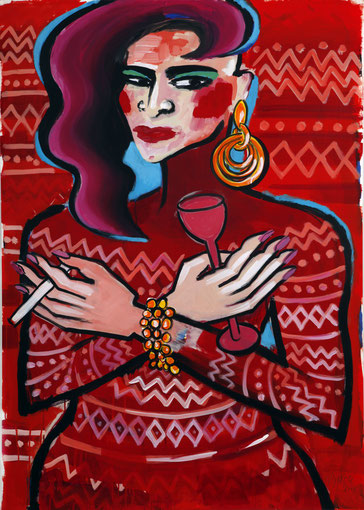 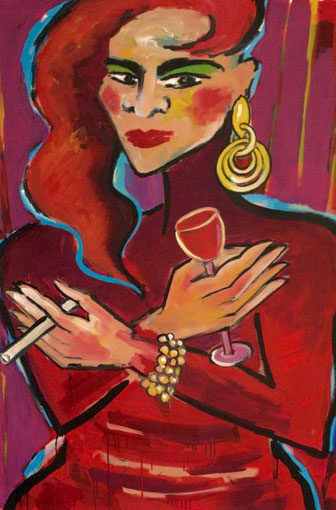 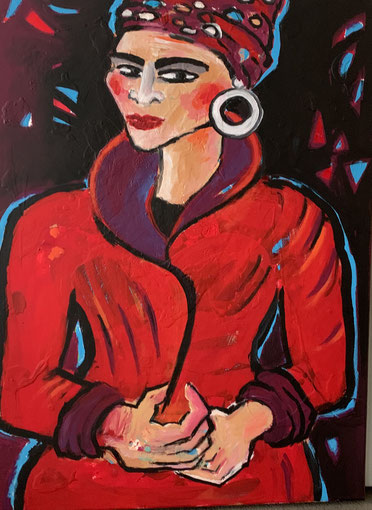 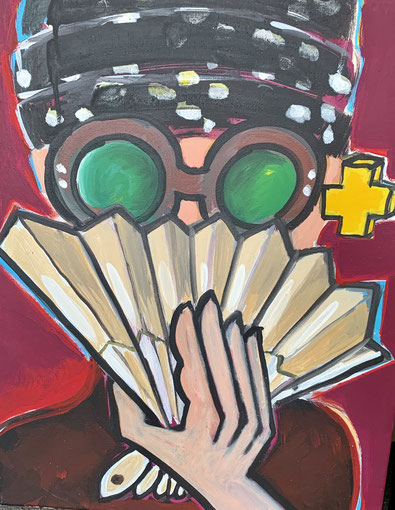 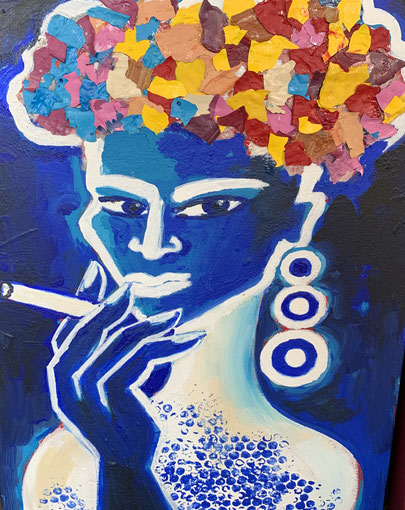 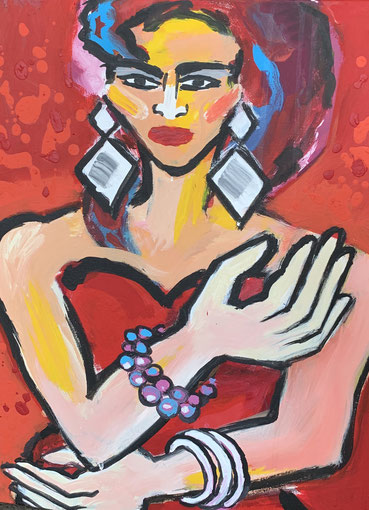